My first stop in Australia was Sydney, which came as a culture shock after my time in Asia (what, you want more than $1.50 for a coffee??) but I was happy to be catching up with friends and seeing the sights of one of the most famous cities in the world.

I stayed with an old travelling buddy in Petersham, a small suburb of the city and about 20 minutes by train from Sydney centre. I really enjoyed not being in backpacker central as it meant I got to find some cool cafes, bars and places to hang out in just off of the city’s well stomped traveller trail. Experiencing Sydney outside of the tourist traps is probably one of the reasons why I enjoyed my time there so much and stayed for a week. Here are six others which should help explain why I loved it so much:

Taking a break in Hyde Park

We ate breakfast out most days here, which, whilst not good for the budget, was a lovely treat and always good value. The host of independent cafes in some of Sydney’s suburbs, like Redfern and Newtown, are quirky and serve excellent coffee – something which Sydneysiders are very proud of. It was refreshing to be in a major city with somewhere to get my caffeine fix from other than Starbucks or similar big chains. My favourite was Petty Cash Cafe in Marrickville – the eggs and homemade baked beans were delicious!

Exhibition at the MCA

I had a few rainy afternoons in the city, so I decided to check out some of the galleries and museums the city has to offer. Besides the free WiFi, I went to the State Library to check out a couple of exhibitions they had on. The first was a photography one about homelessness in the city – black and white portraits accompanied by each individual’s moving story of how they became homeless. The second was about the treatment of aboriginal communities from a unique aboriginal perspective. The Museum of Contemporary Art was also very good, especially their temporary exhibition of works by Wangechi Mutu. From the rooftop you get an awesome view of the Opera House and there’s a cafe up there to warm up with a flat white (yes I drank a lot of coffee in Sydney) and take in the views. 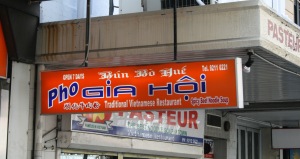 Plenty of Vietnamese restaurants to help me get over the cravings!

My favourite spot to hang out in, we went out there quite a few nights. With cool bars and lovely terrace houses, apparently this is quite a sought after place to live in in Sydney. Special mention goes to The Corridor and their whiskey and freshly pressed apple juice, well worth the $8 price tag! Also, there are quite a few good b.y.o. Vietnamese pho restaurants out that way, which helped with noodle withdrawal cravings I was having since leaving Cambodia.

I spent a lovely sunny morning on the golden sands of Coogee Beach. We did the 3km walk from Coogee to Bondi, along the cliff-top pathway, through some other really pretty beaches, like Tamarama and Clovelly. The ocean views were stunning and I actually preferred some of these smaller, quieter beaches along the walk to the sprawl of famous Bondi Beach, which was clearly geared up for tourists, souvenir tat shops lining the beachfront here.

Spent a day in Manly

and their sushi as pretty good too!

Ok, so another food/drink related one, but really, the gelato at Messina is incredible! Creamier (probably a lot more calorific!) and 100% tastier than regular ice cream, the offerings from this small gelateria in Darlinghurst must be tried by anyone visiting Sydney with a sweet tooth! I’ve got to recommend the salted caramel and white chocolate. 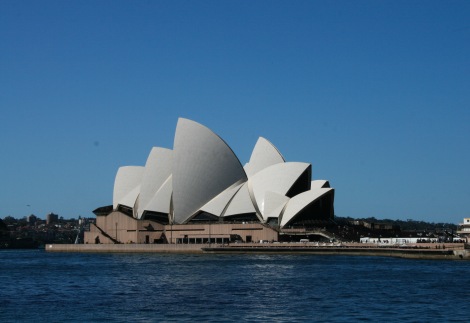 The first day in Sydney, my pal Brendan drove me round the city. I was knackered after travelling for 20 hours, but I’ll always remember sitting in the wharf on the opposite side of the harbour, near the Luna Park, looking at the Opera House thinking “I’m in Australia!” and trying to get my head around this concept after a long day travelling. I was really on the other side of the world, and the iconic Opera House seemed to sum this up for me in that moment. A few days later I went on a tour and it is just as impressive inside! Many famous musicians and bands, like Coldplay, have recorded albums here. It was also interesting to learn about the controversy with it’s original Danish architecture and some of the building’s history.

Good spot for a sundowner at the Glenmore

I love Sydney and I think for me, as the first place I touched down on Aussie soil, it will hold a special place in my heart. But from this major city, there’s a big country out there to explore, so up the road in an airplane to Cairns I go, with more updates to follow shortly. 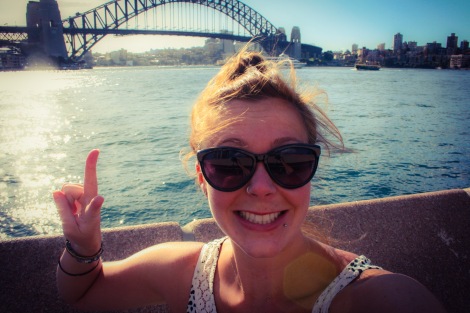 3 responses to “6 reasons to love Sydney”