Apologies for the long break. I’ve been in Fiji, volunteering on Gau island for the past five weeks with no phone signal, let alone internet connection, but more to come on that soon. I want to continue with a few more highlights from my six weeks in Australia. Three days, two nights spent in a 4×4 with some mental cockneys and a Swiss girl on Fraser island has to be up there as one of the best things I did Down Under.

I left Airlie (a mad dash to the Greyhound station, dragging the rucksack behind me whilst my travel buddy with a broken foot flagged down a stranger on a push bike to wheel her up there) and headed to Rainbow Beach. After checking in to Dingos hostel and meeting all the guys on the 4WD Tag Along Tour at the safety briefing, I got an early night as we had to be up at 6am the next day to pack up the jeeps and heading out to Fraser. Dingos was ok, pretty basic and the kitchen was shut due to renovations, but the $6 dinners were decent and it was a good place to meet up with everyone going on the trip. 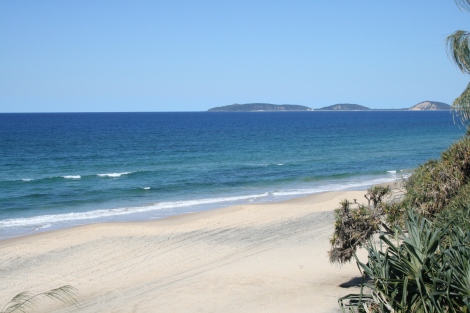 We left early the next day, once we’d loaded the essentials – tents, water supplies and goon – into the trucks. Short ferry ride across and we were off. The idea of the Tag Along Tour is that everyone who is willing and able gets the chance to drive on the island. I was pretty nervous driving for the first time, having never driven 4WD before. But it was easy and too much fun to pass up on. I drove across the beach at sunset and through the jungle to Lake McKenzie, a perched lake with beautiful white sands and crystal clear waters. Fraser Island itself is a World Heritage site and considered the largest sand island in the world. Hence why it’s also the site of the Great Sandy National Park – the Aussies don’t complicate things and pretty much go in for the obvious it would seem.

We spent both nights on an Aborigine campsite, which meant no spitting in the fire and no making lots of noise, unless you made it to the nightclub (a raised wooden deck with an iPod adapter). We spent most of our evenings trying to organise dinner on the stoves at the campground with the carefully planned menus provided for us by Dingos, then on to the beach for a fire show, armed with our dingo sticks to fight off any of the island’s local canines.

Over the course of the second and third day on Fraser we visited Eli creek, Maheno shipwreck, Indian head, Lake Wabby and the champagne pools. We saw plenty of whales, dolphins and turtles along the way. It was absolutely stunning, but I must say that the group I was with made the trip. I had such a blast and didn’t stop laughing the whole time. I’d definitely recommend taking the time to go out there and spend a few nights as you see loads more and get to have a giggle along the way. Here are a few photos from the trip: 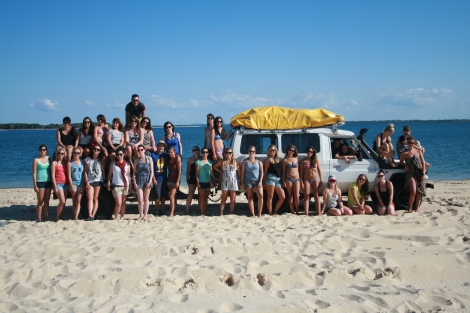 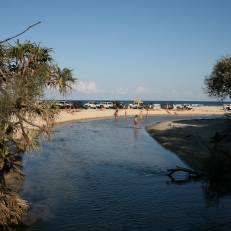 One response to “Dingos and 4WD driving on Fraser Island”