In 2014, after an incredible six weeks in Australia, it was time to head across to New Zealand. It was my first time to this magical land (Lord of the Rings was all I’d ever known up until reaching NZ’s rugged shores) so I had very few expectations, apart from those built by the enthusiasm of fellow backpackers whenever they spoke of their time there. We had three week to cover both islands, which meant killing my FOMO and being brutal with cutting the bucket-list.

First up the north island. I thought about writing this post as a guide for any other first-timers on New Zealand’s North Island, struggling to prioritise their travel itinerary. You should be able to fit these seven stops in in a week’s road trip, but this is definitely not one for slow travellers – feel free to skip a couple (I’ll highlight which ones I’d recommend sacrificing). Stay strong: with views like this, you can see why it’s so easy to get side-tracked here… 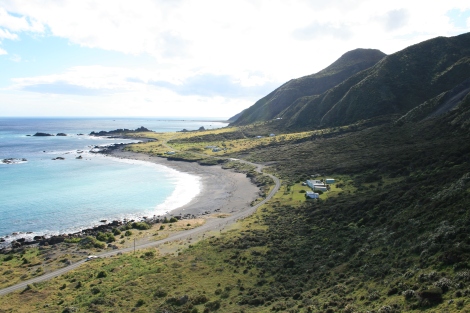 We only spent a day there, so rather than be quick to judge, I’ll say it’s one for me to revisit. From a quick wander through the city though it felt very much like a city in transition. A lot of the architecture looked very 70s-80s, all angles but none of the symmetrical beauty of Brutalism. There didn’t seem to be many ‘main attractions’ so to speak – although I hear the Sky Tower (pictured top left) is great for a spot of bungee jumping! We did find some cool bars (of course) and restaurants out towards the marina, which seemed to be where a lot of the redevelopment was taking place. We may have warmed to it more if we’d had time to explore, but our time was spent planning the rest of our route and then we were out of there!

Heading east, we explored the Coromandel Peninsula, stopping first in Thames for the night. We awoke to stunning mountains all around us and blue skies. The drive around the peninsula was absolutely beautiful. We stopped for lunch at the most northerly point, Port Jackson, before realising the road stopped there and didn’t actually loop the peninsula! Tip: read your map very carefully, there are a limited number of main roads and not all of them connect so you could end up wasting time double-backing on yourself like we did). We took the road (a dirt trail hanging on to the cliff edge) back about 3 hours to Coromandel town and then on to Whitianga, where we stopped for the night. Our last night was spent in Waihi.

We skirted the base of Mount Maunganui, unable to climb it because of fog and rain, so we walked the 3.5km sodden but undefeated! Unfortunately we had pretty bad weather for most of it, so the coastline wasn’t as spectacular as I’d hoped, but it was still pretty amazing. Definitely visit Hot Water Beach, we spent an hour or so digging our feet in to the ridiculously hot water (it can get up to 64°C). Be sure to take a shovel though and go two hours either side of low tide. There’s also a lovely walk out to Cathedral Cove and the rock formations here are beautiful. 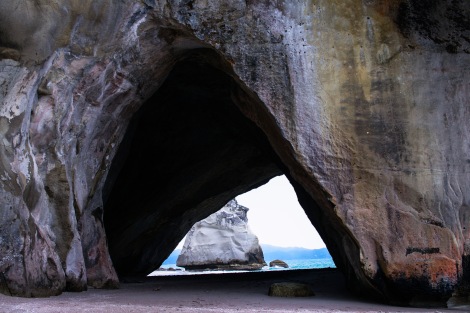 Here we spent most of our time in the hot springs and the Polynesian Spa. Five hours to be precise. There are so many pools, a great view at sunset and you come out feeling so relaxed with the smoothest skin ever. We also spent an interesting night in a pub there where the locals seemed, er, well acquainted… Alternatively, skip the dodgy nightlife and check out Te Puia, a Maori arts and cultural centre. Check out the traditional dancing, grass skirt weaving, wood carving and the Pohotu Geyser, the largest active geyser in New Zealand, not to mention the southern hemisphere. On your way out stop for lunch, cake or the freshest kiwis you’ll find anywhere in NZ at Kiwi 360, a farm for, you got it, kiwis – which are actually pretty damn expensive in NZ! I’d recommend the kiwi coconut tiffin – it’s one of your five-a-day I’m sure of it! 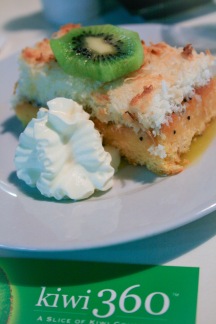 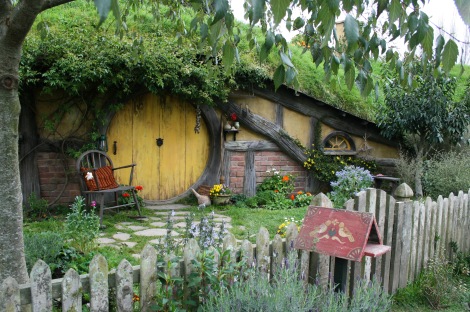 Fans of the Peter Jackson masterpieces (or anyone who grew up with them like I did) cannot visit the North Island and not visit Hobbiton, just outside Rotorua. You’d have to be a fan to stump up the NZ$79 ticket price (kids 9-16yrs are NZ$39.50). It’s only a half day excursion, so it won’t keep you off the road for long. I had so much fun, crawling in and out of the Hobbit holes and learning some cool stuff about the camera trickery used in the movies; they were originally going to destroy the whole town after the first movie and rebuild it for the second, but nosey neighbours saved it and they turned it in to an attraction. The tour is rounded off with a pint of stout at The Green Dragon. A day of tourist self-indulgence, but well worth it.

Before heading to Wellington to catch our ferry across to the south island, we spent a few days staying with friends on their farm in Greytown, Martinborough. It’s a cute town with a few nice shops and cafés. Its main selling point is its abundance of wineries. Every November they have a festival there called Toast Martinborough, where you tour the vineyards and there’s live music, fun in the sun and plenty of tastings. It was September when we landed, I was gutted! But we got to see a fair few of them, including the Palliser Estate and Ata Rangi. It’s NZ$5 a tasting session, so in some cases that’s six samples of about three full glasses. Bargain. It’s not just wine they’ve got there though. We also sampled some of Martinborough’s best olive oil at Olivio, mainly to help soak up some of the booze, but we did learn that lemon infused olive oil goes well with vanilla ice cream! Every day can be a school day, even if it involves getting tipsy in posh vineyards. Apart from the wine tasting, I’d also recommend a stint n horseback. There are a few schools offering countryside trots for all ability levels. It’s a fantastic way to get out into the countryside, scale a few of the hills and traipse through rocky streams.  An hour and a half was more than enough to get me doing my John Wayne impersonation thought, but a gorgeous backdrop to a fun day.

Rather like our time in Auckland, our stop in Wellington was for too short. However, the vibe I got from this city was very different and I whole-heartedly wished we could have stayed longer. We did make it out to Te Papa, the Museum of New Zealand, which provided shelter from the rain and real insight into New Zealand’s fragile landscape, balanced between the Australian and the Pacific tectonic plates. Relive some of the countries more famous quakes for yourself with their earthquake simulator, as well as get a brief introduction to Maori culture.

My hit list for next time would have to include Taupo, Tongariro National Park and I’d have quite liked to have spent more time in Wellington. Guess I’ll be back then!

Planning on heading to the South Island? Read my whirlwind tour itinerary and find out which places you simply can’t miss!

6 responses to “New Zealand: 7 stops not to be missed on the North Island”